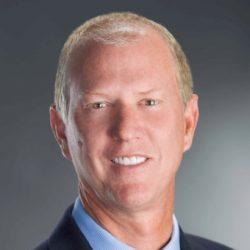 It was a surprisingly warm fall morning when Robb Beville parked his red Ford F-250 in front of the Century Communities Nevada office for the first time as division president. He would have one day on the job to prepare to host Century Communities' annual president's meeting the following morning where he would meet his colleagues from four other states and regale the executive team from Denver. Good timing.

“This is a relatively young but growing company,” said Beville when asked why he decided to join Century Communities. “It's an exciting opportunity for me to continue developing enduring communities in my hometown.”

Beville is a second-generation Las Vegas native – which is the equivalent of capturing a super rare Pokémon in Pokémon Go. He graduated from Valley High School and then from the University of Nevada Reno (UNR) in an undisclosed year. When asked why he chose Reno over his hometown university, UNLV, he said he “had to get out of town to take college seriously.” Even his father didn't buy it until Beville sold all his worldly possessions including his 1969 Chevy Chevelle to pay his first year's tuition and left Las Vegas. He returned to Vegas after college with a bachelor's degree in accounting and an aversion to snow.

After six years of CPA'ing, Beville landed in the housing business when he accepted a finance position with a private local builder in 1990. This was the birth of what would become a long and impactful career of executive leadership in the Southern Nevada homebuilding industry.

“It appears to be a steadier and somewhat stable environment,” said Beville. “Unemployment is down, the population is growing and mortgage rates are, while trending up slightly, still historically low.”

These conditions, along with a desire to inspire innovation, are the perfect recipe for Beville to establish the publically traded national homebuilder and its twelve active communities as a thought leader in Southern Nevada.

In his personal time, Beville is an avid endurance cyclist as well as a Harley Davidson enthusiast. He also spends time camping and driving his UTV (RZR) at the dunes and off-road. He is not much of a cook but he can man the grill and believes the world's problems can be solved on a hot summer's day floating in the pool. His only daughter, Ashley, is a part-time student and maintains a full-time job.

Beville has unquestionably come a long way since his very first job as a fuel and tire attendant at the J.C. Penney Auto Center, a staple of the Boulevard Mall, when he was 15 years old. If you pass Century Communities' offices on South Jones Boulevard and see a huge red truck parked out front, you'll know all is well with Beville at the helm.